The longer I live in Newcastle the more it amazes me! Including the beautiful Newcastle Guildhall.

Did you know that apart from Bath and London, Newcastle has the most Grade 1 listed buildings?

Which means there’s so much to explore and most of it we didn’t even know was on our door steps.

There have been so many times I’ve walked along the quayside and my boyfriend has said ” I would love to go in there”. So when I saw that Newcastle Gateshead Initiative were doing a tour with Newcastle City Guides I was the first to book up.

To be Honest I had no idea what to expect. What I did know was that this was a rare opportunity and a surprise I knew my boyfriend would love. 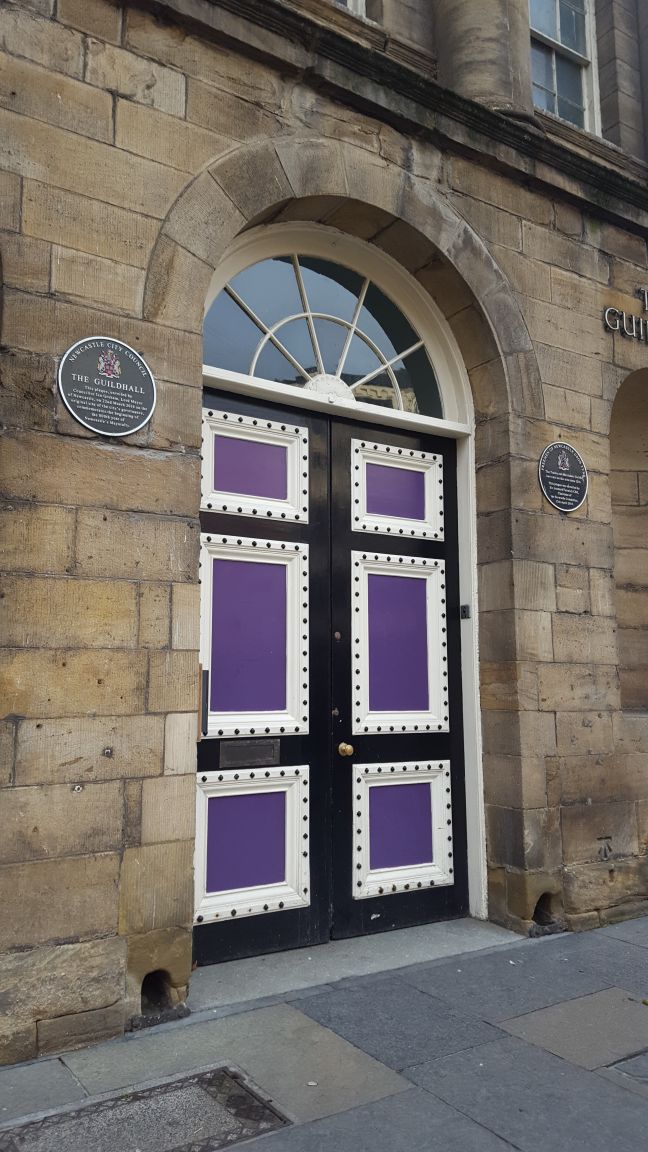 We arrived at 10:30am and was greeted by 3 of the 40 Newcastle City Guides. The group were split into 3, there was roughly 30 of us so 10 in each group and people from all over the UK. Our Tour Guide was ex head of council Tony Flynn. He was lovely and explained we had a tour for about 1.5 hours but could ask as many questions and he was FULL of knowledge.

He first told us of how the Newcastle Guildhall has been refurbished due to many fires and damage done by the civil war and how it was originally an Italian style building built in the 1400’s. The he explained how this year is especially important as it celebrates the 800th anniversary of King John giving Newcastle the right to elect its own mayor and have Guild’s. This also gave the town at the time the right to control trade on the river in exchange for military support to the king. In the end, this is what led us to being royalists and fighting against the parliamentarians during the civil war.

Inside the Newcastle Guildhall we entered a beautiful hallway with black and white squares and light blue walls. We were shown a statue which was given by Charles 2nd. It’s a statue of him in a roman style and was originally on the old medieval Tyne bridge before it was destroyed. It’s still in fantastic condition and was the start of many gorgeous items within the hall. 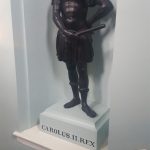 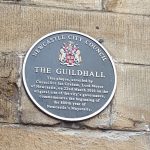 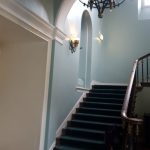 We continued into the Merchant Room. In my opinion the best room 🙂 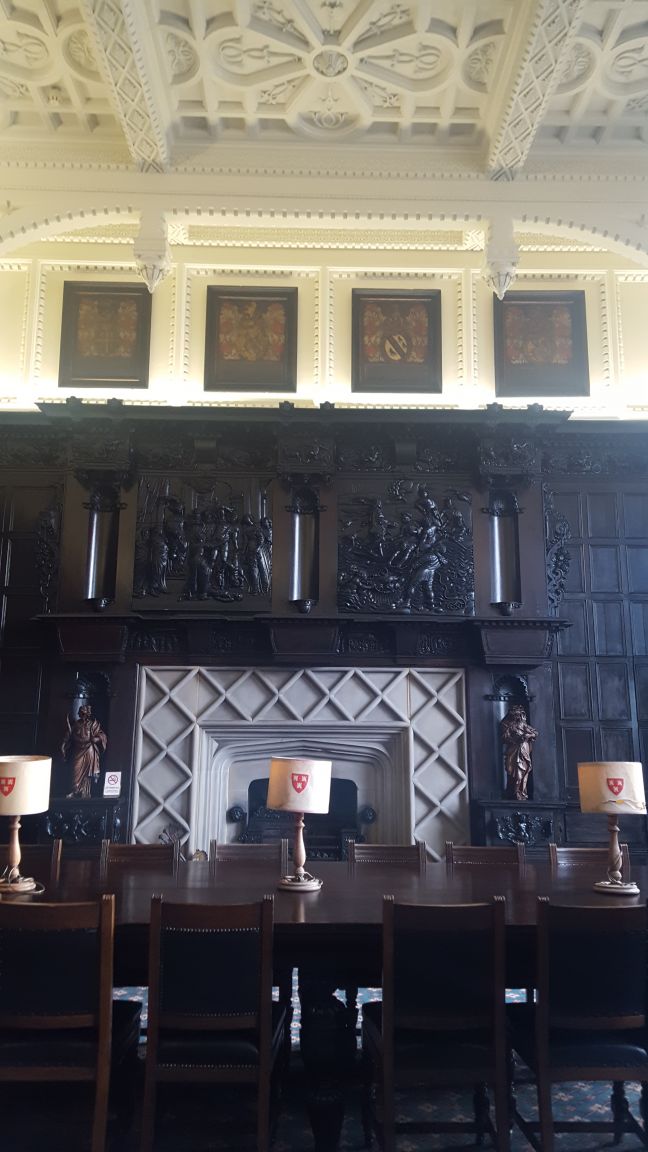 This room was wooden cladded on the walls. It was the room people would meet in for important meeting and is now used for ceremonial reasons. It has many badges of the serving members in the past including Matt Ridley who’s family are still part of the 7 serving members of Newcastle.

They also have a secret safe hidden behind the walls as in 1780 there was a riot. The locals raided the guildhall as all of the food and grains were being sold to Scotland and leaving the locals starving. The secret safe had 9 keys of which all had to be present to open it, so safe to say no one managed to break in it afterwards! 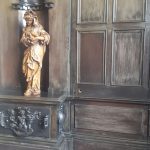 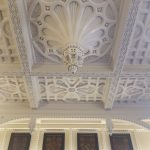 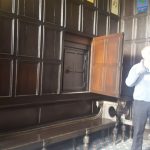 We then proceeded into the courtroom. This room is very impressive. The black and white cheque floor I was speaking about before is quite incredible as well as the original hanging beams. Behind the scenes are rooms built in the 1960s which the caretaker and his family have resided in as well as holding cells for the prisoners before they were due to be seen in court. 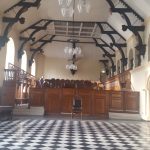 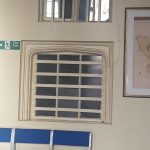 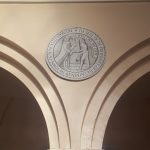 Tony told us about “Host” men and woman and how they would meet and greet people coming to the city. Here, they would make lots of money.  Almost 30% of these were woman. They played a huge part in the building of London as they were responsible in showing and implementing the tax on coal from around the region. This money would then be sent to London to build St Pauls cathedral. Also, many other wonderful buildings we know today.

The Last room we visited was the Majors parlour. This room is a meeting room with painting on all walls of the city, a grand fireplace and low ceilings. The original fireplaces dated back to 1650’s. It has one of the first coat of arms from 1660. He told us the story of Betty Surtees and John Scott AKA Lord Eldon. The room was reserved for the very few important people who were lucky enough to attend major meetings and make decisions for the city. 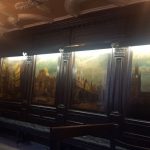 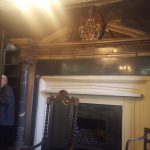 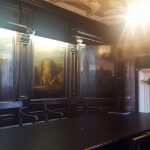 For the last part of the tour we entered back into the court room but were shown where the prisoners would be put. And also where the decision makers would sit.

The court was used up until the 1980’s,90’s. This room now however is used for ceremonial reasons only. We were able to explore the court and were shown the shackles that still remain in the prisoners block and made me very lucky to live in the modern age! 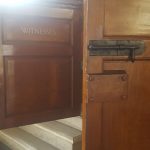 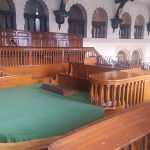 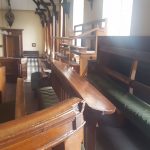 I had planned to visit the Newcastle Castle after my tour because I stupidly thought it would be short and sweet. But its was great! I must say that this was one of the best tours of all that I have been on and the Newcastle City tours are amazing!

They work voluntarily and have over 400 different walks through the city to explore. The tour guides have a fountain of knowledge and I cant wait to walk with them in summer!

After I defeated the stairs of doom up to the Castle we realised the there was a free open day on the Newcastle Castle and Blackgate. 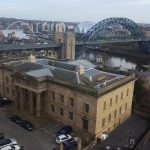 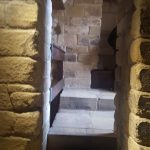 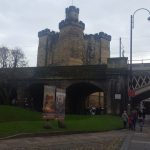 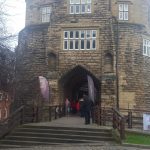 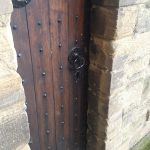 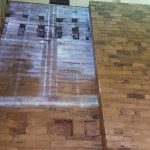 We explored the castle and climbed many stairs to see the amazing view it had to offer! Along the way we had a bagpiper creating a great atmosphere. I learned that the castle was iconic in defending the city but also that the cellar was a air raider shelter in the world war!

Overall I had a great day exploring my own city and have come away with more pride and knowledge in the place I live!

I cant wait to find out more about the North East, let me know what your favourite hotspot is!