I like to move it, move it! Who would have thought that Madagascar the movie would make a musical? When they announced it I was like a kid again!

The show is straight up family fun an belly laughing from start to end!

The show is doing it’s first UK tour and they truly have brought the Dreamworks smash hit to the stage! This one is for not just the kids but the whole family. Sunderland Empire really puts the special touches on this one and put on free glitter and facepaint by the girls from MAC at Sunderland. It was brilliant and got the kids even more excited!

The show felt like a party. I felt like it had a very pantomime feel about the show but with tropical vibes! 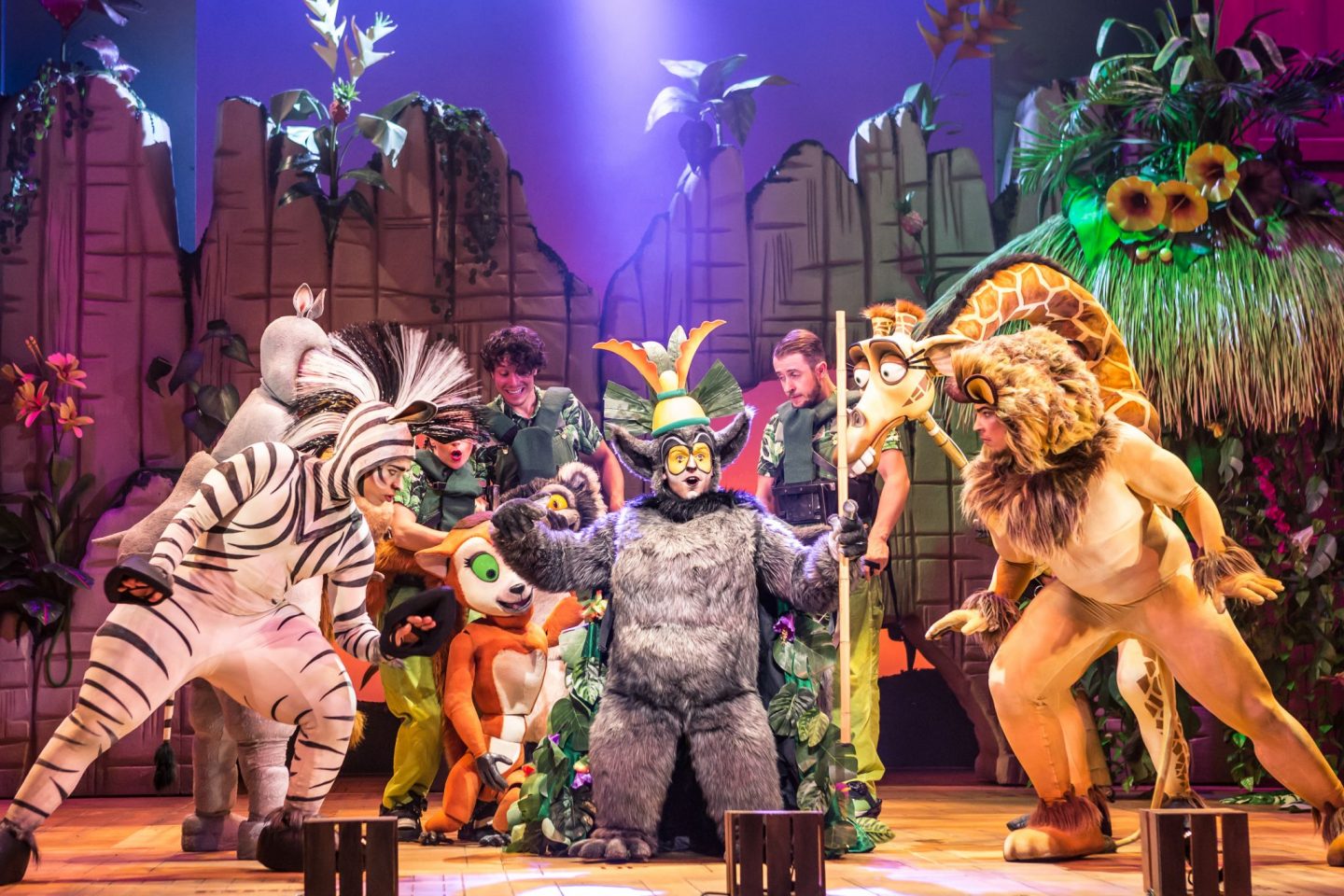 Sunderland is the first show of the whole tour, how amazing is that! they will be here until 1st of September before they finish next year in Hull 2019.

The show is 1 and a half hours long including the interval and the perfect timing for children to attend without getting too tired. And parents, trust me at the end the party was just getting started.

The Show has a star-studded cast and the infamous Alex the lion is played by Matt Terry. Matt is the winner of x-factor in 2016 and he has since travelled the world and made smash hits. An acclaimed singer selling over 60 million records he is the best choice to play the favourite Alex the Lion. Matt plays the part brilliantly and his voice was something to be reckoned with!

Joining Matt is Antoine Murray-Straughan who plays Marty. Personally, he is my fave and Antoine does a brilliant job. With his previous experience in musicals, he was the perfect pick! His dancing skills are amazing and he brings brilliant energy to the stage as well as humour. 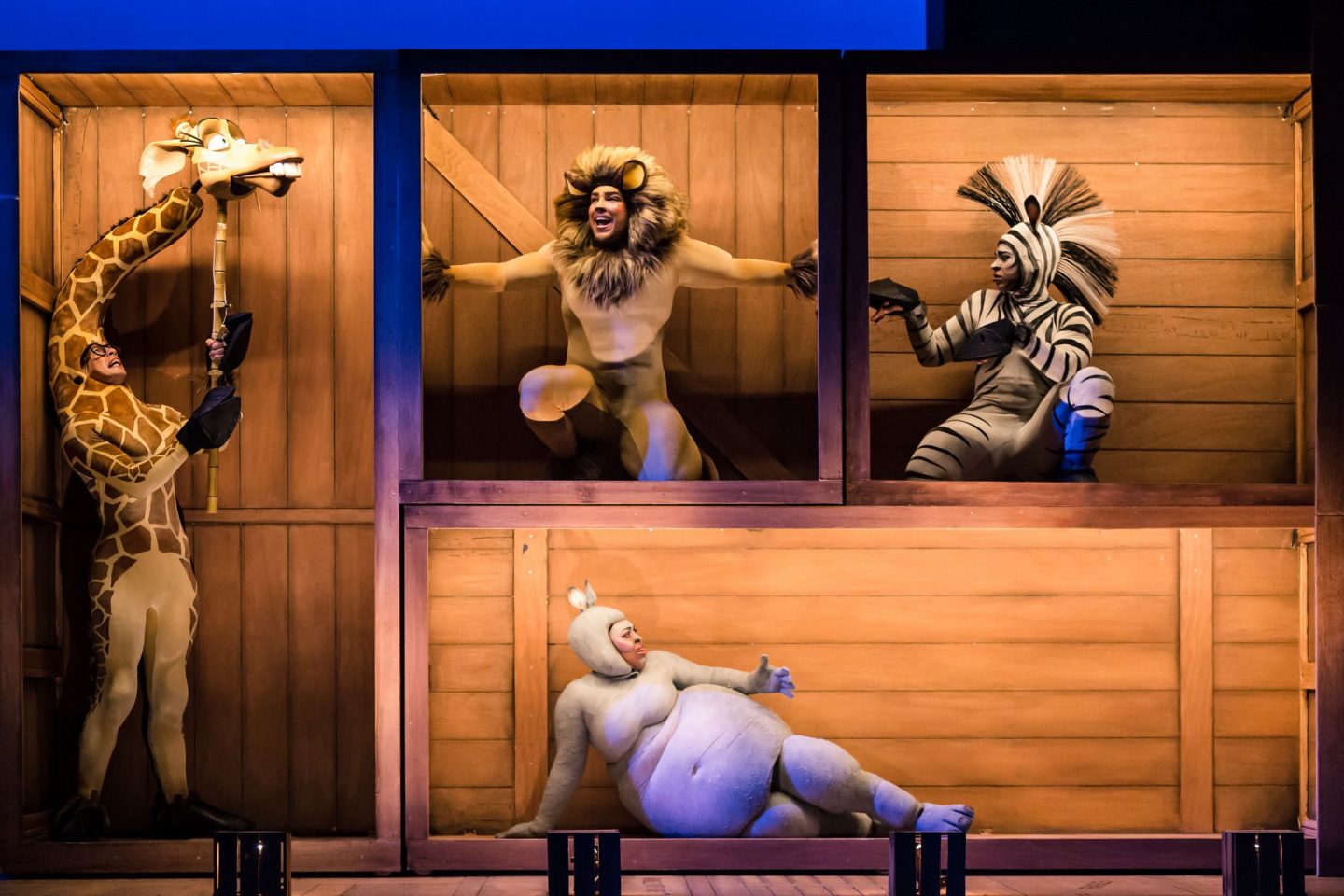 The cast wouldn’t be complete without the other two characters. Gloria played by Timmika Ramsay and Melman played by Jamie Lee-Morgan are another perfect pair.

I couldn’t stop staring at Melman and Gloria’s vocals were outstanding!

Although the stage was full of costumes and aminals at the end of a stick, you honestly couldn’t tell. You look past it and the kids certainly knew no different. Although I do want to recognise how hard it must have been for some cast members to sing, dance and wear those costumes whilst keeping the energy of the show-up. Amazing job!

The stage production has been done by Selladoor family who has also done the hit James and The giant peach and owl and the Pussycat. It’s no doubt that Madagascar The Musical will be a hit too.

The stage set was very well done and full of busy throughout. 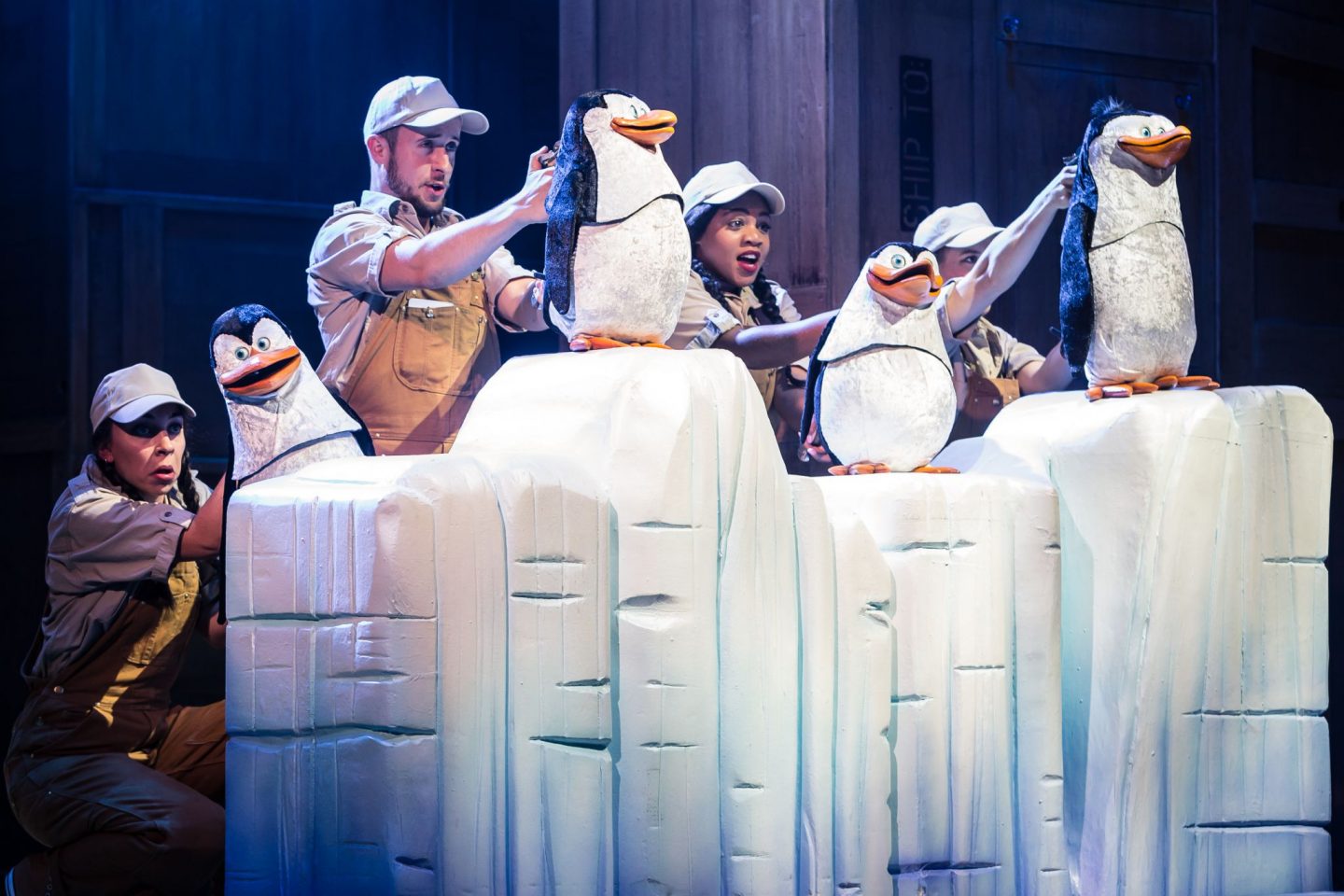 The School holidays have just ended but for tickets from only £15 for kids, you can’t go wrong. this show is such a fun packed one and I really do think if you don’t take your children this time around then go next because of its so much fun!

If you check out their website they have a section for children and fun activities to do too!